The theatre's doors were flung open on Saturday for our annual Open Day as hundreds of visitors had the opportunity to take a look backstage and find out more about Play to the Crowd - the charity that runs Theatre Royal Winchester, Hat Fair and Playmakers and enjoy some live performance. 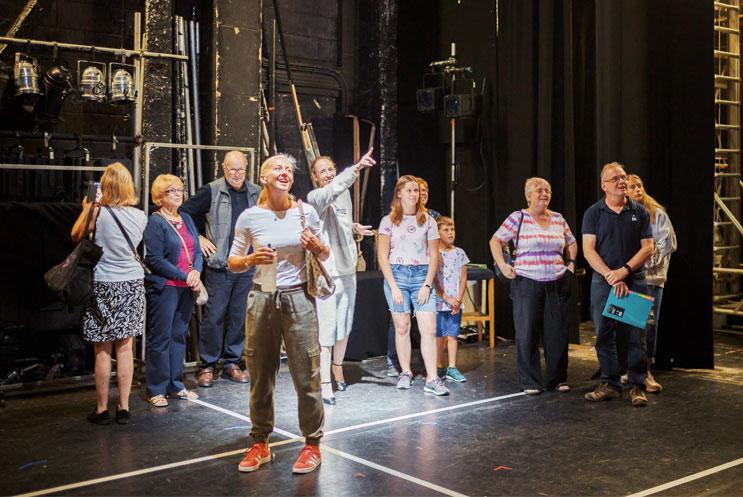 Our Front of House team guided tour groups back stage to see the dressing rooms and hear what life is like behind the scenes. The tour also highlighted the history of our beautiful Grade II listed building. Whilst on stage, our Tech team let the public try their hand at lighting, sound and special effects including an interactive game of noughts and crosses! 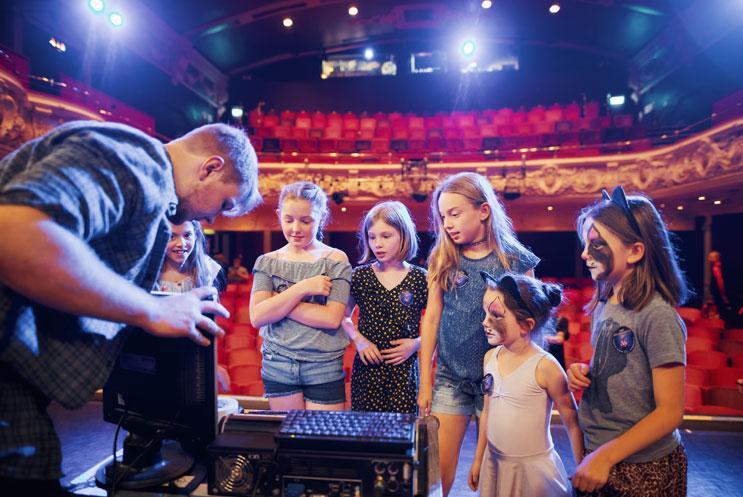 There were a series of performances throughout the day: Martin Jakeman, winner of Hat Fair's Top Hat Competition 2018, performed Home Fires, which tells the story of the lives of residents living in Winchester during the Second World War, and the role the theatre played at that time; there was magic-a-plenty with Magic Glen and two of our Playmakers Youth Theatre members; musical entertainment was provided by Winchester Musicals and Operatic Society, ahead of their performance of Jekyll & Hyde The Musical here at the theatre in November, and Playmakers Youth Theatre member Harriet sang.

Children could get their faces painted as a Dick Whittington-themed cat or rat then dress up in costumes, play with props and take photos with a specially-made selfie frame.

Plus, our brand-new Cafe Bar was open for anyone who fancied a cup of tea and a slice of cake – which we could not get enough of!