The big screen returns to the theatre!

Over the summer we have been busy installing live streaming equipment and a cinema screen in to our auditorium. This will make it possible for Theatre Royal Winchester to not only host live performance but also to screen films and live-streamed performances from theatres from around the country and beyond.

The installation of a cinema screen and projector facilities means the building will operate, in part, as it once did, starting in 1914 when audiences enjoyed variety performances and silent movies at the theatre. In 1922 the building was transformed in to a cinema alone, and sold to County Cinemas Limited; before Odeon took ownership in 1937.

During the Second World War, audiences watched news reports on the big screen, and from 1954 CinemaScope movies. The cinema changed hands once more in 1971, when Star Group Cinema became the new owners, before closure three years later and near demolition.

The new projector will project onto 3.5m high x 6.5m wide screen, which sits in a larger metal frame, and was made bespoke by Powell Cinema, of Leighton Buzzard, Bedfordshire; while the laser projector and surround sound system were installed by Sound Associates, of West Molesey, Surrey – who also managed the project.

After installation, the picture quality and sound were tested by showing Daffy Duck and the BBC news on the big screen! The theatre plans to pilot a number of screenings later this year.

We are so grateful to the Garfield Weston Foundation for their support, which has enabled us to install cinematic quality projection and surround sound into our beautiful heritage theatre auditorium. 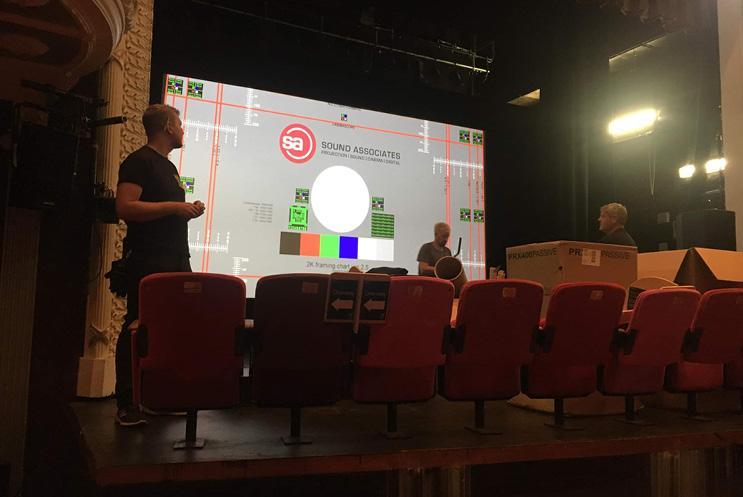 The installation has been made possible thanks to the Garfield Weston Foundation, which in January awarded Play to the Crowd - £205,865, to continue to improve and extend our offer, accessibility and audience experience. In addition to the streaming equipment the grant has enabled us to add an accessible toilet into the foyer and we will be making improvements to our external windows and Tower Street entrance.

Play to the Crowd, Chief Executive, Deryck Newland said:‘This will enable us to supplement our live performance programme with film and live event cinema as we move forward beyond the pandemic in to 2022 and beyond.’ 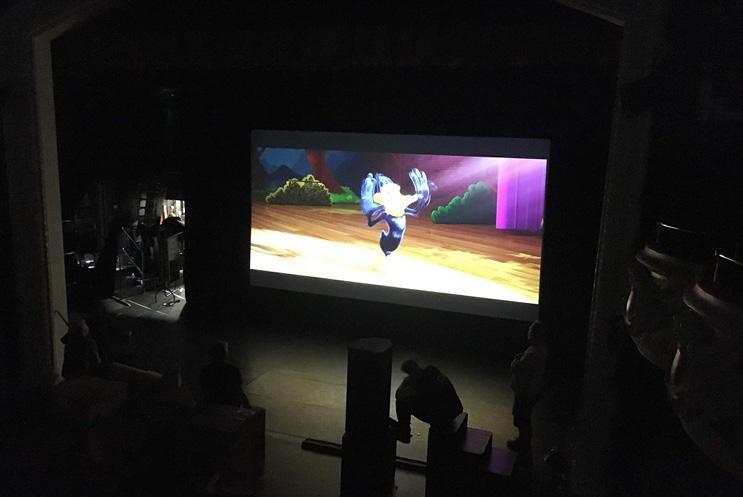