On 1st November 2018, former theatre staff members and volunteers celebrated the 40th anniversary of Theatre Royal Winchester’s reopening after it was closed and threatened with demolition.

On the evening, 150 guests were in attendance, coming together to celebrate the history of Theatre Royal Winchester and look to the future of the venue. The evening began with a nostalgic ‘In Conversation’ with Phil Yates, David Harding, Richard Steel and Lady Bland – key figures in saving the building from demolition and buying it in trust for the community. Deryck Newland, the current Chief Executive, followed with an insight to what the future may look like for the theatre and the wider organisation.

The evening continued with performances from the theatre’s community, including Winchester Musicals & Opera Society (WMOS) which has been an instrumental part of the history of the theatre, the group having performed in its first year and loaning the theatre equipment in the early days! Our Youth Theatre also performed an original work and local professional vocalists The Spitfire Sisters performed a toe-tapping set. Anna Harding, one of The Spitfire Sisters, is David Harding’s daughter and has grown up with Theatre Royal Winchester being a big part of her life. 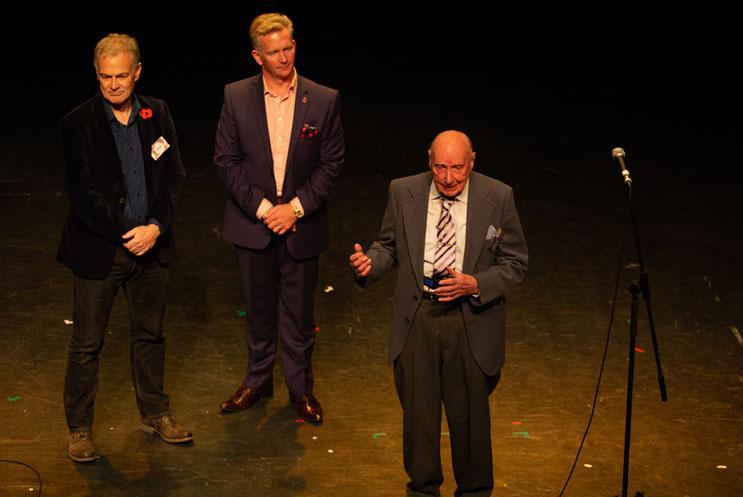 “With some of the staff and volunteers from the early years, it was an evening full of nostalgia.”

The special reunion marked the year the building was saved and reopened as a theatre.

Before that, many are unaware that it played many different roles.

It started out as The Market Hotel in 1850 – a convenient stop-over for farmers on their way to sell cattle at the Corn Exchange (now the Winchester Discovery Centre).

In 1914 it was converted into a cine-variety venue, where audiences came to watch a wide-range of live acts, interspersed with screenings of silent films and newsreels. Ten years later, in 1924, it became a full time cinema.

During the Second World War residents found comfort in its auditorium watching news from the front line.

However, sadly in 1974 the cinema closed and was threatened with demolition.

Fortunately, Winchester City Council secured a Grade II listing for the building and an action group, of six local thespians, stepped in to save it and turn it into a theatre.

A charitable trust was formed and three years later, with the help of the council, various trusts, and fundraising it bought the building and restored it to its former glory.

Since then the theatre has undergone several refurbishments – one of which saw the building close for five years between 1996 and 2001 and included the restoration of its period features.

In 2014, the building celebrated 100 years as an entertainment venue, followed by the 40th anniversary of the current theatre in 2018. The anniversary event provided an opportunity to re-unite old friends and colleagues who have played such an important role in bringing, and keeping, live performance in Winchester.

And now - in 2019 - following the most recent refurbishment of our foyer and Cafe Bar, we want to say here’s to another 100! 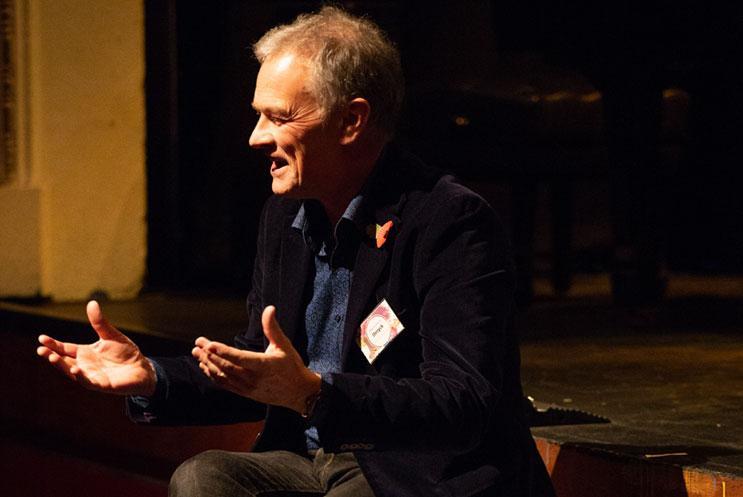 “It is important that this milestone in the theatre’s history is marked accordingly. It is a great opportunity for those volunteers and staff who were instrumental in the early years to gather in the theatre to reminisce and celebrate their achievements. We also look to the future and our plans for the building and wider organisation, ensuring that the theatre is still here in another 40 years.”